Investing in Your Firearms Training

In this article, I’m going to attempt a feat that’s never been done before. I will teach you how to become wealthier and in the process also make you a better shooter…or maybe the other way around. Anyway, as a subscriber you’ve invested in me and how awesome would it be if I could literally pay you back?

LEGAL DISCLAIMER: Content contained on or made available throughthe website is not intended to and does not constitute investment advice.

When I retired a few years back from the SEAL Teams it was time for me and my beautiful wife to take a serious look at our finances. After all, a lot was about to change. The steady income I had been receiving from Uncle Sam was soon going to come to a screeching halt and we had two new Baby-Sajnog-SEALs running around that needed fed if they were going to grow up to go protect the world!

Because my previous version of investing consisted of buying high and selling low, I decided I needed to better educate myself on the financial world. In the process I not only put our financial house in order, I also learned that the secrets to getting rich are identical to the secrets to shooting like a Navy SEAL — master the fundamentals and make small improvements a daily habit.

I’m going to discuss six financially important terms I learned in my quest and how they relate to helping make you a better shooter. If all goes according to plan, you should not only reach your shooting goals in rapid order but also have enough extra cash to sign up for a membership!

In the world of investing, sunk cost bias is when an investor has spent so much money in something that has continued to lose money that they figure they need to stick with it to make their money back or else they will be out all the money they lost. If you’ve ever lost money gambling, it’s the same rationale that keeps you going back to the ATM thinking you’re bound to win. But here’s the thing — a bad investment is a bad investment and your odds at the craps table do not just magically improve because you gave the casino all the money in your wallet.

When it comes to your firearms training, sunk cost bias is why people will keep practicing techniques that aren’t working. The grip you learned twenty years ago that doesn’t keep your sights on target is never going to be a good grip. But you’ve practiced it for twenty years and you don’t want all those years of practice to be wasted! Yes, I get it. But you need to understand that the sooner you switch to something that works, the sooner you’ll be heading in the right direction — and so will your bullets!

Firearms instruction has been stuck in a rut for the past fifty years because of sunk cost bias. People have been teaching it the same way they learned it even though they can see there’s a better way. They put a lot of time into teaching their stance and grip and holding their breath hoping to hit the target. If there is a better way, change course and leave the past behind you. I was in that group myself until I found a better way. Now you know it too.

Financial management is full of the status quo bias. Much like sunk cost bias, it keeps people stuck where they are because it’s easier than changing. Imagine if your friends and neighbors were not saving any money and not interested in investing (this is most likely not hard to imagine) — that is the status quo, the way things are. It’s easy for you to justify not trying to break out of what is normal and acceptable around you.

Another way this might manifest itself is if you’re doing OK financially. No reason to go changing things. Heck, it could be worse. So you settle for mediocrity. I classify mediocrity as a virus. It infects you and spreads to those around you. Once it’s inside of you, it’s very hard to cure.

If you want to be a good shooter, status quo bias (mediocrity) is a powerful factor you’ll need to overcome. Everyone goes to the range and knows that to shoot better, you need to shoot more. To shoot faster you need to pull the trigger faster. That’s the way it is and the way it has always been — it’s the status quo. Are you hitting the target? Good enough! Stick to the minimum…it’s not like your life depends on it. Hopefully when that bad guy breaks into your house in the middle of the night, he’s just OK at tying up you and your family.

The lock-in effect occurs when a product or technology is dominant, not because it’s better or cheaper, but just because it’s what’s already being used. A good example is the QWERTY keyboard. The layout was originally made to slow down typists so keys on typewriters would not stick (I remember those days, but my keys stuck from my many mistakes, not speed). Anyway, when these things called word processors and computers came along, there were no more big arms flying around, so there was no reason to use the QWERTY layout to slow people down…except of course the lock-in effect. It’s what everyone had been using since typing started, and changing it would be harder than just sticking with an inferior system.

This happens all the time when I’m trying to teach agencies the proven benefits of, say, dry weapons training. They’ve been going to the range to do their training since, like, forever. Their manuals say they go to the range…the manuals would have to change. It’s part of their annual qualification training. How could we change that? You know, the guy who’s been training us for the past twenty years doesn’t do that. We’d have to change him too…this is the lock-in effect.

Change is hard. I’m pretty sure getting shot is harder.

Part of any good financial plan is budgeting and the best method to use is called zero-based budgeting. When you use this method, you take nothing for granted. You don’t say, “OK, well we know we have the $120 cable bill, so add that.” What you do is assume every line item is going to be zero and any item after that has to earn it’s worth into the budget. “OK, well you know…we never really watch TV and if we canceled cable, we could spend a lot more time reading.”

Use zero-based budgeting for planning your firearms training. Assume that all the training you’ve been doing has zero value. Then go through and assess everything you do to see if it’s still worth continuing. Maybe you’ve been going to the range every week and shooting a hundred rounds, but it’s not helping make you any better — it has zero value. There might be things on your list that are working. Maybe you’ve found that you focus better when you meditate. Guess what? Do more of it; increase the budget. In the end, some line items will be more, some less, while others will be cut out completely. But in the end, each minute of your training time will have earned its spot.

When it comes to improving your shooting, it’s important to understand this law because you’ll see huge improvements in the beginning, but eventually, you’ll notice that you’re still getting better, but not nearly as much as before. You’ll start doubting yourself, thinking you’re not training enough or you need to change something. Don’t do it! Realize that this is completely normal and the laws of the universe will eventually say that you can’t keep improving at the same rate. Just keep doing what you’re doing and you will keep getting better.

Well, I’ve truly saved the best for last. Just understanding this one financial term can dramatically change your financial and shooting futures forever. Compounding is the process of the exponential increase in the value of an investment due to earning interest on both principal and accumulated interest. It means when you invest $1 and earn 10% interest, you’re not just earn 10% on $1 over and over, it continues to (quickly) increase because you are adding in the interest when the investment compounds. First it’s $1 then it’s $1.10, then $1.21…

I wanted to teach my boys this lesson early in life. I recently gave them a project and told them I would pay them $100 if they completed the project within the allotted time. (The project was to read a book on the importance of practice and write a report). When they turned in the report, I held a $100 bill in one hand and a penny in the other. I gave them a choice. “Take the $100 now and spend it on whatever you want, or take the penny and it will double each day for sixteen days.”

My eleven-year-old didn’t know what it would end up being, but he knew I was trying to teach him a lesson. His younger brother didn’t care and already had his $100 spent. In the end, the one with patience got to spend over $200 on what he wanted and invested the remaining $100, while the younger one…saved me some money.

What if you were offered $3,000,000.00 now, or a penny now that doubles each day for thirty days? Which would you choose? Here’s what the single penny would do over thirty days:

Think about this! If you choose the penny, halfway there, on day fifteen you’ve only got $163.84! Your buddy who chose the $3mil is living large sipping margaritas in Tahiti, and you don’t even have enough to buy that new gun you wanted. Even on day twenty-nine, the day before the final day of compounding, he’s still got more than you. Surely you’ll have doubts about your choice.

But then one day it happens — and the change is dramatic. You go from patiently plugging along, little by little, to rocketing to the top! Makes you want to start an automatic investment, doesn’t it!

You know where this is going, don’t you? Dry weapons training. Taking the slow road by paving your path to perfection! Yes, if you choose to follow the New Rules of Marksmanship, you are choosing the penny over the three million dollars. You will go to the range and see people shooting better than you (well, at least they’re hitting target — you’re not even shooting!) You’ll feel like you’ve been doing this “New Rules” stuff long enough and you’re seeing some results, but not $3,000,000.00 — not even close!

You’ve got to trust what’s happening! Your training is compounding. Trust it. Stick with it because nobody else is. They are stuck in the status quo and showing off their mediocrity. Keep in mind, one day, very soon — you will shoot past them!

Which hand are you going to reach for? 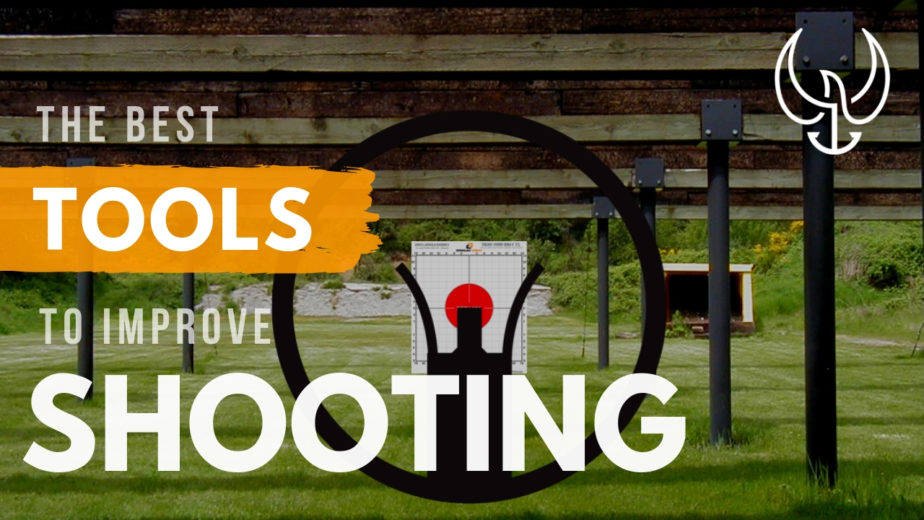 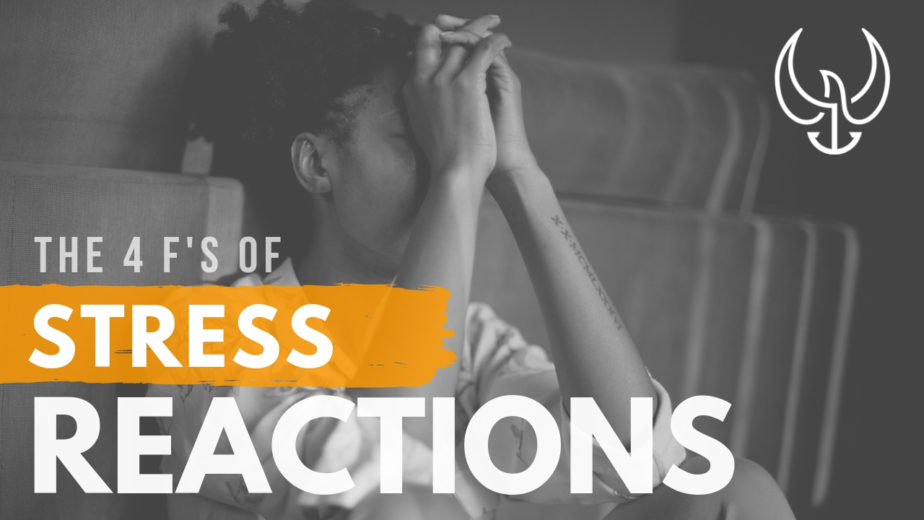